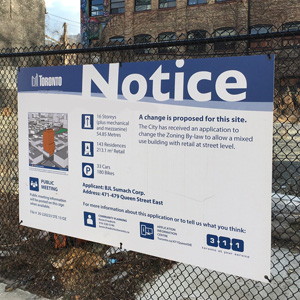 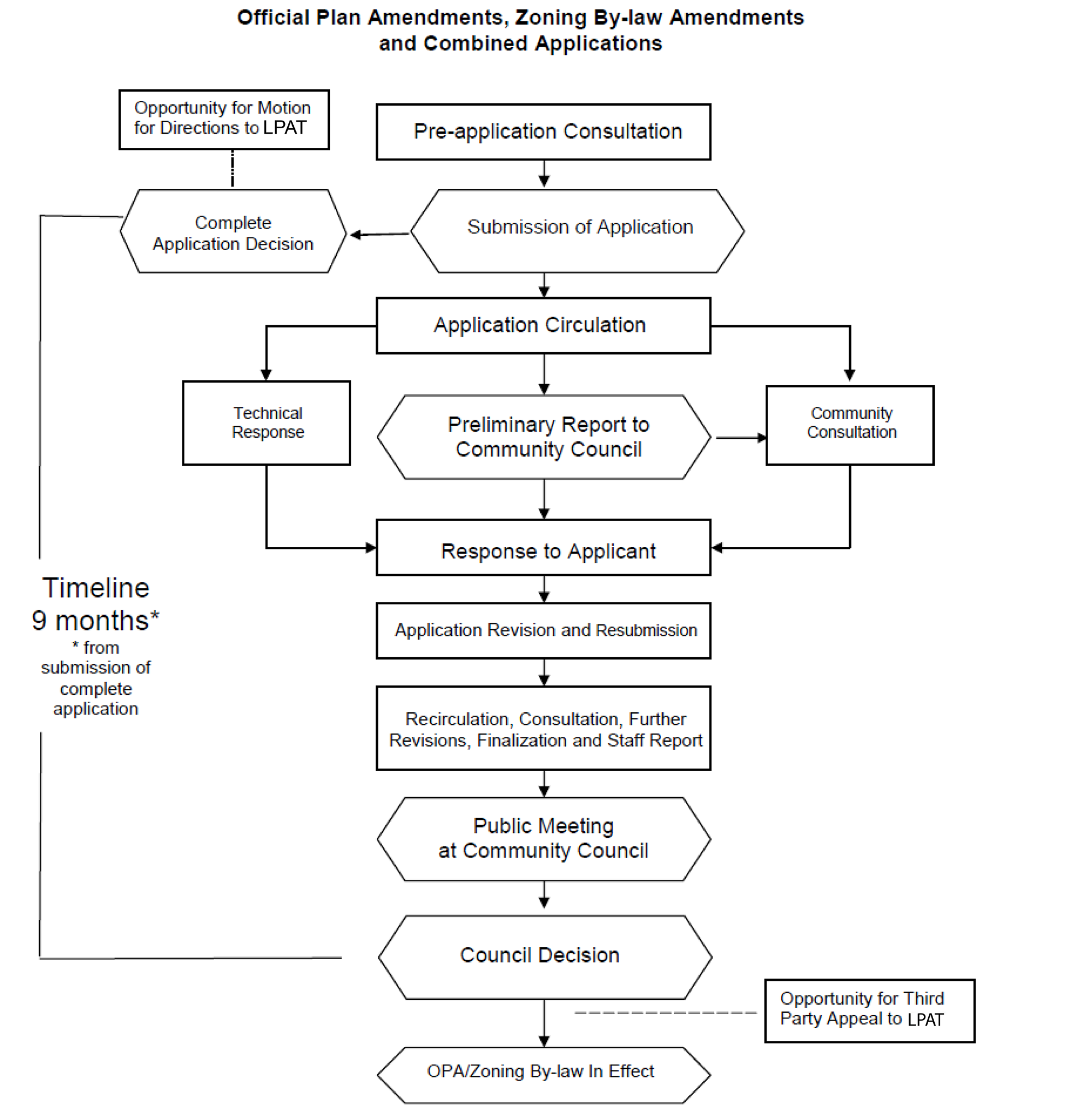 Every day, it seems there is another proposal for a new condo in downtown Toronto. The councillor’s website shows development proposals in Ward 13, or this city-wide Development Applications map can be filtered by ward.

Here is an overview of Toronto’s development approval process (using 471‑479 Queen E as an example). A flowchart (see right) shows the typical sequence of steps; for a detailed description, see the “review process” section on the city’s website. In summary:

This entry was posted in development. Bookmark the permalink.